Tony is asked by the Minister to oversee the implementation on a new electronic I.D card scheme. Nat and Ash must face the fact that their expensive wildlife project preservation may not have actually preserved any wildlife. 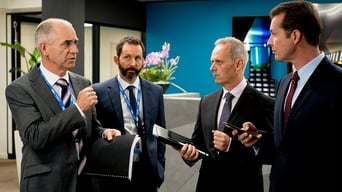 Comedy set inside the offices of the "Nation Building Authority"| a newly created government organization responsible for overseeing major infrastructureprojects. electronic I.D card scheme. Nat and Ash must face the fact that

their expensive wildlife project preservation may not have actually

W4F is one of the oldest TV scene groups, founded and supported on an

ethos of releasing purely for fun. We pride ourselves in releasing

quality programming in a variety of formats to include reality,

join the W4F family. We are interested in those who can capture

Potential recruits must have the ability to receive digital TV

HDHomeRun or through firewire output using a set-top box (STB).

We are also interested in recruiting those who can capture either

Netflix or Amazon originals and other WEB tv/film content.

Unfortunately we cannot provide you with missing files/releases.

Greets to all W4F/CLASSiCW4F members, both past and present.