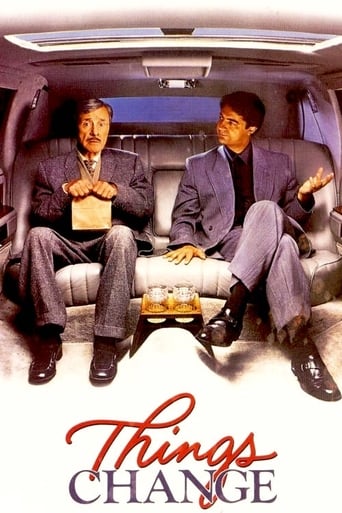 Jerry, a misfit Mafia henchman, is assigned the low-level job of keeping an eye on Gino, a shoe repairman fingered by the Mob to confess to a murder he didn't commit. But Gino's mistaken for a Mafia boss, and the two are suddenly catapulted to the highest levels of mobster status. Only friendship will see them through this dangerous adventure alive!

Shoe-shiner Gino is hired to take the rap for a mafia murder. Two-bit gangster Jerry watches over Gino and gives him a weekend to remember. Downloading Seeding Things.Change.1988.WEBRip.XviD.MP3-XVID from to 0 peers.
of
↘0 b/s / ↗0 b/s
Read our blog post about Streaming Torrents From Your Browser