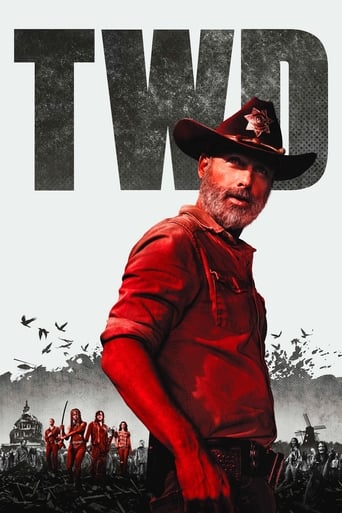 The fair at the Kingdom is underway, with all four communities coming together in celebration for the first time in years, while some pacts are renewed, other deals will come at a much steeper price. 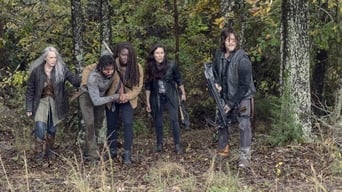 SERIES INFO
Genre : Adventure Drama Horror Thriller
Stars : Sarah Wayne Callies, Jon Bernthal, Jeffrey DeMunn, Laurie Holden, Emma Bell, Irone Singleton, Scott Wilson, Emily Kinney, Michael Rooker, David Morrissey
Series Plot : The world we knew is gone. An epidemic of apocalyptic proportions has swept the globe causing the dead to rise and feed on the living. In a matter of months society has crumbled. In a world ruled by the dead, we are forced to finally start living. Based on a comic book series of the same name by Robert Kirkman, this AMC project focuses on the world after a zombie apocalypse. The series follows a police officer, Rick Grimes, who wakes up from a coma to find the world ravaged with zombies. Looking for his family, he and a group of survivors attempt to battle against the zombies in order to stay alive.

EPISODE INFO
Title : The Calm Before
Airdate : 2019-03-24
Episode plot : The fair at the Kingdom is underway, with all four communities coming together in celebration for the first time in years, while some pacts are renewed, other deals will come at a much steeper price.

Not bad for a horror/drama. If you're obsessed with zombie lore and the idea of watching the long-term effects spanning years at a time on an entire cast of characters, then this show is for you. There are a lot of scary parts with zombies eating and the gore and visual effects are award winning, but the show is mostly how people get along with each other during an apocalyptic setting and how they rebuild civilization or just live moment to moment.

Seasons 1 to 4 were great. It's all downhil from there on - because - you guessed it - diversity and political corectness. In a zombie movie! HAH! Don't watch this.

_The Walking Dead_ is one of those shows you just can't help but love! A terrifying story of human survival in an apocalyptic world. The show deals with love, loss, zombies (called 'walkers' on the show), death, destruction and zombies! Andrew Lincoln, Norman Reedus, Melissa McBride and Lauren Cohan are amongst the star studded cast who deliver **OUTSTANDING** performances in every episode. _The Walking Dead_ is consistently thrilling and emotionally resonant, with solid character development and enough blood-splattering gore to satisfy anyone! The comic book counterpart has a big influence on the show, so fans of the comic love it too. Each season gives enough compelling character moments to reward longtime fans, while maintaining the back-breaking tension and suspense that keeps audiences watching again and again. _The Walking Dead_ puts an intelligent spin on the overcrowded zombie subgenre, and each season demonstrates why it's one of the best horror shows on television.

The walking Dead is in once sense a metaphor for whats happened to this once great show. The originality of the first few seasons has gradually given way to a repetitiousness that tells me the show might still be shuffling along but its long since dead. The departure of Andrew Lincoln was a sign that things had come full circle and I had thought they would wind it up which, in my view, would have been the sensible thing to do. Still watching but only because I want to see where it ends. If indeed it ends. Moderately watchable. 6/10 from me.

unique! perfect show, and more if you focus on the psycologie and sociologie side! in constant evoluion... even if after season 4 or 6 we can see deterioration with the quality and building storyline; we can enjoy a clear amelioration for the best in the 8th season opening our mind to a new vision of the series ! it"s a free adaptation from a popular american comic! and it"s a pleasure to see this worl in black mirors ;)

I used to love this TV show. First few seasons were great. It was exactly about zombies, but later (after Governor era) they turned one of my favorite TV shows into cheap, boring action series. It's so prolonged, that it became soap opera. It's time to end this jumbled mess. Please end it already and liberate us from this boredom.