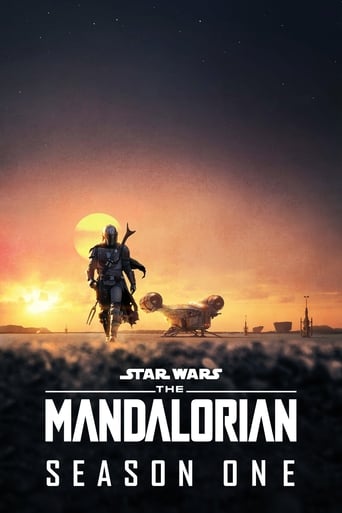 A Mandalorian bounty hunter tracks a target for a well-paying client. 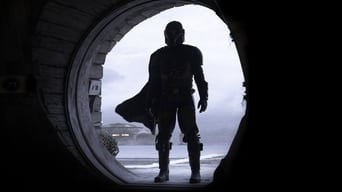 Wow! Just, wow! The Mandalorian is not just a sci-fi, but a western as well. Pedro Pascal was awesome as the titular character. But Baby Yoda was the one who stole the show! Great cast, great cast, great special effects. Just great!

If you enjoy reading my Spoiler-Free reviews, please follow my blog @ https://www.msbreviews.com Star Wars is a very special franchise to millions of people around the world, myself included. I remember when The Force Awakens was announced, and everyone got excited and pumped to experience this beautiful universe once again. However, with social media having a massive impact, the huge fanbase transformed into something so disrespectful and hateful that I find no longer fun discussing the saga with other aficionados... except for The Mandalorian. If I had to bet that Jon Favreau was going to create such an astonishing Star Wars series that the whole fanbase would unanimously love, I would have lost so much money because I would have bet against this. There's no denying that the newest cinematic trilogy is one of the most divisive in the history of cinema. But there's also no denying that The Mandalorian belongs to the saga's universally beloved pieces of cinema/television. This show is a near-perfect depiction of what the universe looks like post-Empire. Some are looking for scraps of the war to make themselves some money, others are trying to hunt criminals to collect bounties, like The Mandalorian or Mando for short (I will use the latter to refer to the character). Following Pedro Pascal's lead character, one that has no name or face throughout the season can be a challenging task in the sense that it's hard to emotionally connect with someone who we wouldn't recognize in the streets. Except we do. Pascal's facial performance might be impossible to evaluate, but his body movements and attitude are so unique that Mando can be easily distinguished from the remaining members of his Guild. Obviously, his costume also helps to tell him apart from other Mandalorians. However, it's the rich, intelligent writing that surprises me. After a few episodes, I feel like I know Mando, even if he doesn't say much. I understand his life principles, who he trusts, who he doesn't... Yes, there are a bunch of secret past adventures that molded him into being what he is (I'll get there). Still, a simple action like not selling something, not killing someone, or simply a helmet turn a bit faster/slower goes a long way to show the audience who's the character we are supposed to support. Every single episode is packed with entertainment. There's always some action, and it always brings something new. It can be an innovative trick, a different location, or new characters like Baby Yoda, who undoubtedly becomes the star of the show, and I'll leave it at that. I won't develop or spoil what everyone is or does, but I do have to mention Gina Carano (Cara) and Carl Weathers (Greef Karga). Both are important to the storyline, and both actors deliver great performances. If Gina gives her all during the action sequences, Carl uses his eloquent speech to provide the necessary exposition. If there was a slight doubt regarding Disney's commitment to this show, the mind-blowing production level shuts down any question about that subject. This series doesn't merely resemble Star Wars, it *feels* like Star Wars. The whole season looks absolutely stunning! Gorgeous cinematography, fantastic set designs, and even the costumes of each species look amazing. Technically, it's one of the best TV shows of the decade, and every director does a tremendous job. One other aspect I love is how each episode feels different. Each director brings his/her personal filmmaking flair, making every chapter feel new every time. Dave Filoni, who fans will know from the animated Star Wars series, does a good job with the pilot. Deborah Chow, who's the sole director of the Obi-Wan series, delivers brilliant action and a fast pace. Rick Famuyiwa puts a horror vibe into his sequences. And Taika Waititi (who also performs the voice of a droid named IG-11) ends the season with a thunderous finale. However, it's due to Jon Favreau's screenplay that everything works together so seamlessly. Impeccable writing, especially concerning the protagonist. I have just one issue with the debut season, which is the overall plot. For a long time, it doesn't feel like it has one. It feels like entertainment for the sake of entertainment, just with compelling characters. Following Mando from planet to planet, from mission to mission, can be tons of fun, but if that's all the season has to give, then that fun can quickly turn into monotony (chapter five is definitely the favorite for the worst episode of the season). A lot of questions concerning Mando's past keep coming up, and while I understand that the series needs to have something for a second season, I also feel that a few answers here and there could have helped the story. If there's one thing that The Mandalorian proves is that Disney has more than enough capabilities to produce a great Star Wars piece... as long as it has someone supervising it with a clear plan and structure, which didn't happen with the sequel trilogy. It isn't a coincidence that the two episodes with no involvement of Favreau on the writing are the season's worst. The apparent lack of a central plot can be damaging, but not enough to steal the "best Star Wars TV series" crown. With an outstanding cast and talented directors, Jon Favreau offers the world the opportunity to live in the Star Wars universe, following Pedro Pascal's character in some of the most entertaining adventures the saga has ever witnessed. Technically superb, with stunning cinematography, excellent editing, an addictive score (it can feel weird in the beginning, but it grew on me), and amazing directing from everyone involved. Nevertheless, it's Favreau's writing and well-planned season's structure that make this debut a gigantic success. Undoubtedly, one of the best shows of the year. Rating: A

Downloading Seeding The Mandalorian - S01E01 - Chapter 1.mkv from to 0 peers.
of
↘0 b/s / ↗0 b/s
Read our blog post about Streaming Torrents From Your Browser