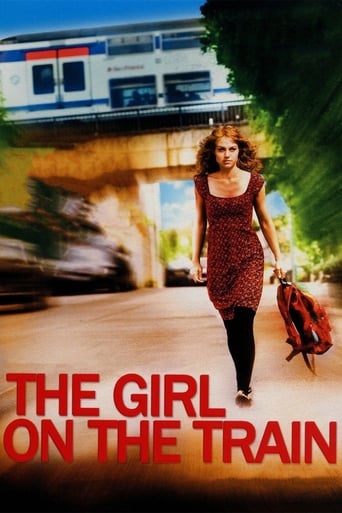 The Girl on the Train is a 2009 French drama film directed by André Téchiné. Jeanne is a young woman, striking but otherwise without qualities. Her mother tries to get her a job in the office of a lawyer, Bleistein, her lover years ago. Jeanne fails the interview but falls into a relationship with Franck, a wrestler whose dreams and claims of being in a legitimate business partnership Jeanne is only too happy to believe. When Franck is arrested, he turns on Jeanne for her naivety; she's stung and seeks attention by making up a story of an attack on a train. Is there any way out for her?

A drama centered on a young woman who claims she was the target of an anti-Semetic attack and the subsequent media sensation it creates.

An interesting story, with tons of questions and few answers. Well told but nothing exceptional.

Downloading Seeding The.Girl.on.the.Train.2009.SUBBED.WEBRip.XviD.MP3-XVID from to 0 peers.
of
↘0 b/s / ↗0 b/s
Read our blog post about Streaming Torrents From Your Browser