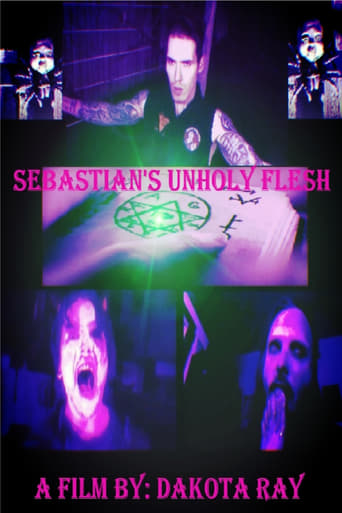 Sebastian's Unholy Flesh-the seventh film by Denver auteur filmmaker Dakota Ray, is an experimental, horror/fantasy film, chronicling the emergence of a new evil. After a shift in the universe occurs, a demonic being named Sebastian (Dakota Ray) manifests in the flesh to obtain Lucifer's ancient Unholy Book. Any entity capable of conjuring the dark powers from within the book's manuscripts will have the ability to bring about the annihilation of mankind itself. However, a shaman/serial killer named The White Spider (Fred Epstein) learns of the book's existence and has intentions of obtaining it with the assistance of a demon named Nezaah (Nick Benning)-together, they intend to kill Sebastian, and divide his corpse into nine pieces for each of the demonic gods. Sebastian's Unholy Flesh is a malevolent cinematic voyage, leading directly into the heart of evil. Downloading Seeding Sebastian.S.Unholy.Flesh.2020.WEBRip.x264-ION10 from to 0 peers.
of
↘0 b/s / ↗0 b/s
Read our blog post about Streaming Torrents From Your Browser