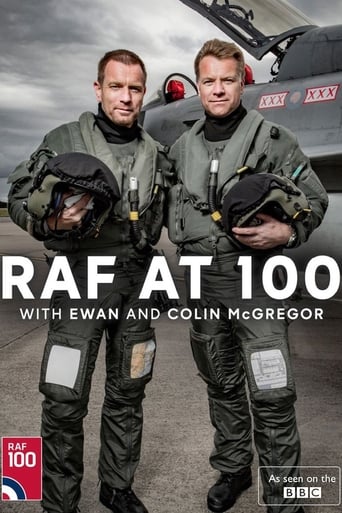 To celebrate the centenary of the Royal Air Force, Ewan and Colin McGregor take to the skies in some of the world's most iconic planes. These are the planes that were involved in aerial combat at every stage of the RAF's story, from the biplanes used in the early days of dogfighting in World War I to the beautiful Spitfire of the Battle of Britain, the plucky Lysander and on to mighty Vulcan nuclear bomber, as well as the Chinook helicopter and supersonic Typhoon that are still in service today. It is a story of amazing machines and epic battles, but above all it is the story of the men and women whose courage and ingenuity have been at the heart of the RAF for 100 years. On their journey Ewan and Colin meet an amazing cast of characters.

The actor and his brother| a former pilot| present a celebration of the Royal Air Force's centenary looking at planes from World War I to the present day andspeaking to service personnel from throughout the RAF's history.