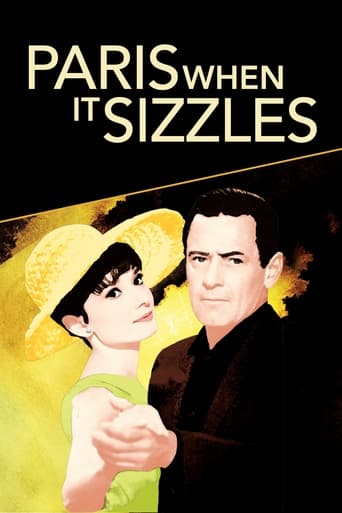 Hollywood producer Alexander Meyerheimer has hired drunken writer Richard Benson to write his latest movie. Benson has been holed up in a Paris apartment supposedly working on the script for months, but instead has spent the time living it up. Benson now has just two days to the deadline and thus hires a temporary secretary, Gabrielle Simpson, to help him complete it in time.

The sprightly young assistant of a Hollywood screenwriter helps him over his writer's block by acting out his fantasies of possible plots. Downloading Seeding Paris.When.It.Sizzles.1964.WEBRip.x264-ION10 from to 0 peers.
of
↘0 b/s / ↗0 b/s
Read our blog post about Streaming Torrents From Your Browser