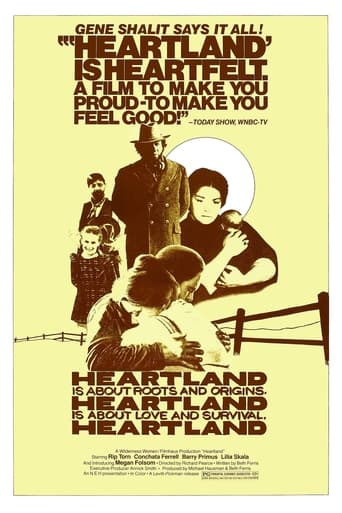 Disarmingly realistic in its depiction of the realities of frontier life, Heartland is a strong antidote to the cliches of traditional Westerns. This semi-documentary slice of life is based on the diaries of Elmore Randall Stewart about her days on the Wyoming frontier in the early 20th century. It's a strongly feminist statement about a woman raising her small daughter alone and scrapping for a living by working for a shy Scottish rancher. Director Richard Pearce brings an endearing touch to a film that is helped greatly by the dazzling cinematography of Fred Murphy. Conchata Ferrell and Rip Torn star in this small film that substitutes veracity for a high-powered plot.

Widowed Elinor Randall and her young daughter Jerrine arrive in a barren stretch of Wyoming in 1910 after Elinor's application for work as a housekeeper is accepted by Clyde Stewart, a rancher. The work is back-breaking and the isolation is brutal, particularly as winter arrives. Elinor begins to think about homesteading her own property near Stewart's ranch, but Stewart tries to dissuade her with explanations about the killing conditions and poor rewards, especially for a woman with no man to help her ranch. Although their temperaments are different and little affection exists, Elinor and Stewart agree to marry and combine homesteads. What lies ahead is the severest test of all. 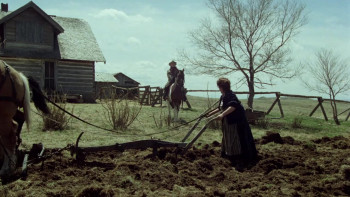 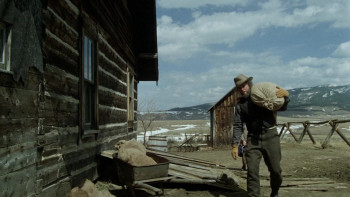 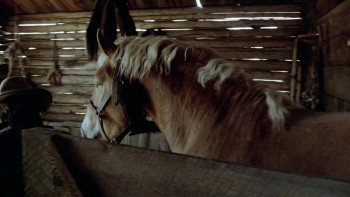 I saw Heartland when it was first released in 1980 and I have just seen it again. It improves with age. Heartland is not just for lovers of "indie" films. At a time when most American films are little more than cynical attempts to make money with CGI, pyrotechnics, and/or vulgarity, Heartland holds up as a slice of American history. It is also a reminder of how spoiled most of us modern, urbanized Americans are.Nothing in this film is overstated or stagey. No one declaims any Hollywood movie speeches. The actors really inhabit their roles. This really feels like a "small" film but really it is bigger than most multizillion-dollar Hollywood productions.The film is based on the lives of real people. In 1910, Elinore Randall (Conchata Ferrell, who has never done anything better than this), a widow with a 7-year-old daughter Jerrine (Megan Folsom), is living in Denver but wants more opportunities. She advertises for a position as housekeeper. The ad is answered by Clyde Stewart (Rip Torn, one of our most under-appreciated actors), a Scots-born rancher, himself a widower, with a homestead outside of Burnt Fork, Wyoming. Elinore accepts the position (seven dollars a week!) and moves up to Wyoming with her daughter. She and her daughter move into Stewart's tiny house on the property. It is rolling, treeless rangeland, a place of endless vistas where the silence is broken only by the sounds made by these people and their animals. It's guaranteed to make a person feel small. The three characters go for long periods without seeing another human soul. What is worse, Stewart turns out to be taciturn to the point of being almost silent. "I can't talk to the man," Elinore complains to Grandma Landauer. "You'd better learn before winter," replies Grandma. Grandma (Lilia Skala) is one of the only two other characters who are seen more than fleetingly. She came out to Wyoming from Germany with her husband many years before and runs her ranch alone now that she is also widowed. Grandma is their nearest neighbor (and the local midwife) and still she lives ten miles away! The other supporting character is Jack the hired hand (Barry Primus).Elinore's routine (and her employer's) is one of endless, backbreaking labor, where there are no modern conveniences and where everything must be made, fixed or done by hand. This is the real meat of the film: Watching the ordinary life of these ranchers as they struggle against nature to wrest a living from the land. But despite the constant toil and fatigue, Elinore is always looking for other opportunities. She learns that the tract adjacent to Stewart's is unclaimed. Impulsively, she files a claim on the property (twelve dollars, or almost two weeks' pay!), meaning that if she lives on it (and she must actually live there) and works it for ten years, she will get the deed to it. Naturally, Stewart learns what she has done. With merciless logic, he points out that with no money, no livestock, no credit, and no assets, she has no chance of succeeding. He then offers a solution: He proposes marriage. The stunned Elinore realizes that this is the only real alternative, and accepts.We think that Stewart's proposal is purely Machiavellian---he wants the land and the free labor---but we see that, in fact, he is genuinely fond of Elinore, and they grow together as a couple. She becomes pregnant; she goes into labor in the middle of a midwinter blizzard; Clyde travels for hours on horseback through the storm the ten miles to Grandma's and the ten miles back, only to announce that Grandma wasn't there. This is more like real life than is pleasant, folks. Elinore has the baby all by herself, with no help whatsoever. Their son is still an infant when he gets sick and dies. They lose half their livestock to the vicious winter. They struggle on. The last sequence in the film is supposed to be optimistic: The birth of a calf. Clyde calls Elinore urgently to help him deliver the calf. Instead of being head first, the calf is in a footling breech presentation. He and Elinore must physically pull the calf out of the birth canal. There is no CGI, animatronics, trickery, fakery or special effects: What you see is what happened, folks: A calf is born on a bed of straw in a wooden barn by lamplight. With that, the film does not so much end as simply stop, leaving the viewer unsatisfied, but after a while you appreciate the film as a whole, not just for its ending.This little gem rewards patience and thoughtfulness. It will be watchable long after most of the films of the last generation have long been forgotten.

Portrays the day to day stark reality of survival on a ranch in the old west. Outstanding acting by both principal actors. This doesn't even feel like a movie...you feel like you're there. Animal activists should beware...many scenes are obviously not just realistic...they are real.

I saw this 25 years ago on PBS. It was very difficult to watch. So real. To watch this small family struggle in the winter was heart rending. No time for courting: fate has thrown us together and we put our shoulders to the grindstone and make it work. This was based on the woman's actual diary, which I read many years later. She said in her diary that her parents died when she was little and all their bothers and sisters had to work the farm to feed themselves. She learned to mow, which was not lady-like. She was afraid that no prince charming would want a woman with sun-browned, calloused hands, but this husband was so happy that his new wife knew how to mow, and she was happy to do it. Both were widowed and together they worked to build a new home. It was so, so sad when the baby died. Of course, if they had it today, I am sure it would have been fine. That only makes the tragedy extra sad. I was crying so hard. But then they went out and successfully pulled out a new calf. Spring is on its way, and life goes on. In her diary, she did have two more boys and they lived.