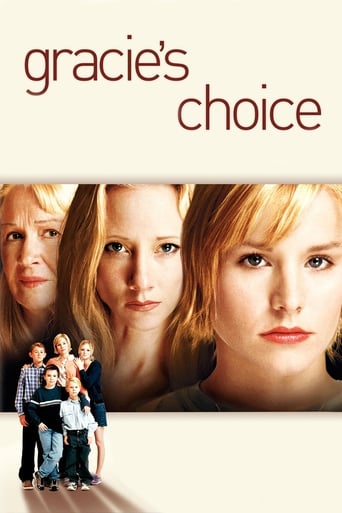 For as long as she can remember, 16 year-old Gracie has been raising her four siblings, each of whom has a different, absent father and their mother is on the fast track to self-destruction. When these children's lives are about to be pulled apart, Gracie will have to do the impossible and make the ultimate sacrifices to keep her family together.

A teenage girl tries to raise her three half-brothers and one half-sister on her own after their drug-addicted mother is sent to jail.

Downloading Seeding Gracies.Choice.2004.WEBRip.XviD.MP3-XVID from to 0 peers.
of
↘0 b/s / ↗0 b/s
Read our blog post about Streaming Torrents From Your Browser