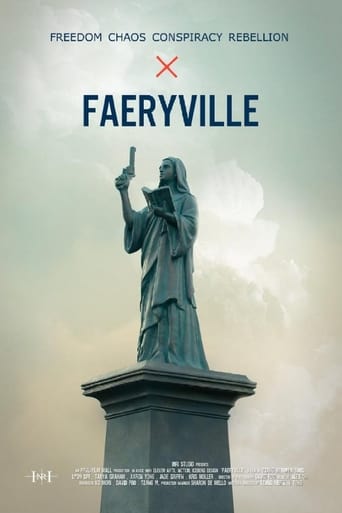 Set in an alternate universe, in a college called FAERYVILLE, a group of teenage misfits struggle to find themselves and make sense of their ‘purpose’. They decide that there is no reason in trying to fit-in, trying like ‘everybody’ to be ‘somebody’, choosing instead to mock the establishment, as pranksters – calling themselves The Nobodies. Now, what’s their plan? Frankly, they have no idea, until Laer, a transfer student, joins them and takes them on a warpath of self-discovery and no return. Faeryville is a dystopian teen movie, a stylish coming of age film about youth making sense of their idealistic dreams in our increasingly surreal world - a fictional manifestation of very real issues prevalent in the Post 9-11 world.

'Youthful Idealism' becomes an excuse for terror - when a new boy joins a clique of loser misfits in Faeryville College. Downloading Seeding Faeryville.2014.1080p.WEBRip.x264-iNTENSO from to 0 peers.
of
↘0 b/s / ↗0 b/s
Read our blog post about Streaming Torrents From Your Browser