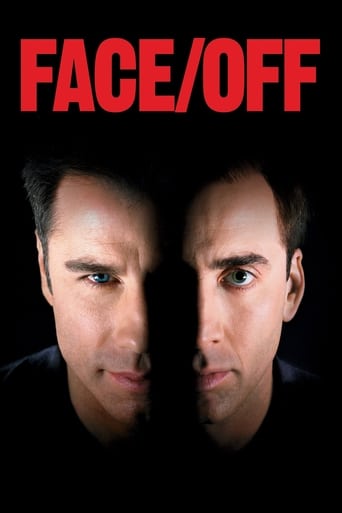 GENERAL INFO
Genre : Action, Crime, Science Fiction, Thriller
Director : John Woo
Stars : John Travolta, Nicolas Cage, Joan Allen, Alessandro Nivola, Gina Gershon
Plot : An antiterrorism agent goes under the knife to acquire the likeness of a terrorist and gather details about a bombing plot. When the terrorist escapes custody, he undergoes surgery to look like the agent so he can get close to the agent's family.

Downloading Seeding Face-Off 1997 BRRip Xvid Ac3 SNAKE[TGx] from to 0 peers.
of
↘0 b/s / ↗0 b/s
Read our blog post about Streaming Torrents From Your Browser