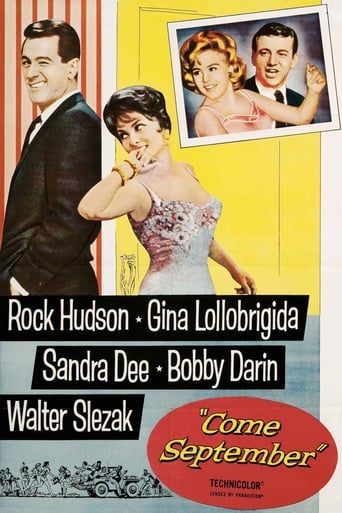 Robert Talbot, an American millionaire, arrives early for his annual vacation at his luxurious Italian villa. His long-time girlfriend Lisa has given up waiting for him and has decided to marry another man. Meanwhile, his sneaky business associate Maurice secretly misappropriates the villa as a hotel while Talbot is away. The current guests of the "hotel" are a group of young American girls.

Younger generation vs. "older" folks on vacation at an Italian villa.

Downloading Seeding Come.September.1961.1080p.WEBRip.x264-RARBG from to 0 peers.
of
↘0 b/s / ↗0 b/s
Read our blog post about Streaming Torrents From Your Browser