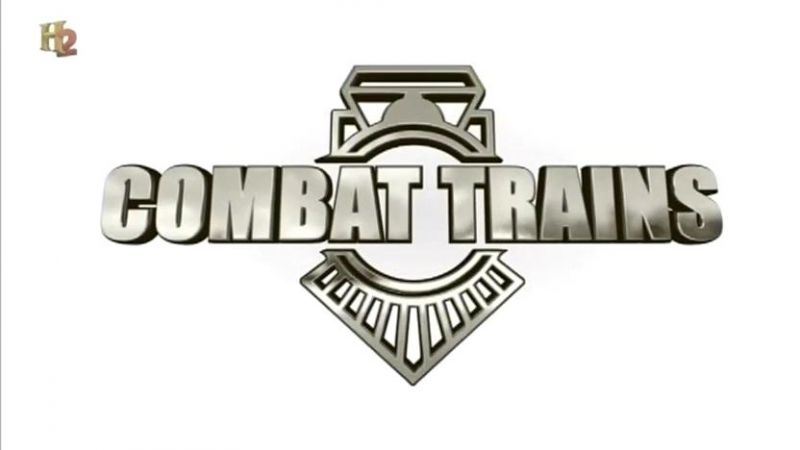 Trains have played a crucial role in the war effort in the major conflicts of the past 150 years. These trains were a vital cog in the military machine from carrying troops, to moving hospitals, to being transformed into actual weapons. In this compelling series we tell the stories of these incredible trains...

We combine expert interviews, authentic reconstruction, engineering graphics and archive, highlighting the extraordinary human stories alongside the engineering detail and military perspective. The stories are dramatic, exciting and filled with fascinating historical detail. Each of these incredible stories is set against a backdrop of conflict and we put the events into context. In addition to the stories of the trains we learn more about the military, political and domestic battles happening at the time.

Nazi Germany boasted that its locomotives were faster and more innovative, and this programme examines that claim by looking at the "flying trains". The Reichsbahn was responsible for the army's massive railway guns, and using stunning archive of a surviving K5 gun in action, military historian Al Keonig explains its success. Hitler preferred auto mobiles to the train, and historian Christian Wolmar argues that this was a fatal flaw - leading to defeat in Russia. Through the story of two Auschwitz survivors, we reveal how an entire railway network, involving thousands of people - was used to carry out mass murder.

Veterans and historians of the Thai-Burma railway tell the story of its construction. Built to supply Japan's invasion of India, it cost thousands of lives - both POWs and Asian slave labourers. Shot on location, the episode describes the building of one of the harshest sections of the line - Hellfire Pass, and seeks to explain cruelty of the Japanese railway engineers. Using a stolen engineer's map, historian Rod Beattie explains how a key section was built. Lt Colonel Huw Parker, a serving Royal engineer, explores the Wampo Viaduct - the largest surviving wooden construction on the railway, and pays tribute to the men who died building it.

In the 19th century weapons became more sophisticated and more deadly, and the results were higher casualties with devastating wounds. Trains were part of the problem but they became part of the solution with the introduction of ambulance trains. These hospitals on wheels were first introduced in the American Civil War, but were vastly improved in the First World War. Medical historian Emily Mayhew takes the journey made a century ago by the wounded from trench to Home Front hospital, whilst Edgar Jones of the Maudsley Hospital explains how shell-shock victims were transported and treated.

During the American Civil War the nature of conflict changed fundamentally. Both Union and Confederate Generals used trains to bring thousands of reinforcements, leading to longer and more frequent battles. It was the North who exploited the railroads the better - through geniuses such as Herman Haupt, who developed techniques of swift railroad construction - and destruction. The episode tells the story of the Great Locomotive Chase - an attempt by Northern spies to steal the locomotive The General. The conflict that divided America helped its unification - the lessons learnt in the war were used to build the Transcontinental Railroad that opened four years after the fighting ceased.

Four railway journeys that changed modern history: 24 year-old Winston Churchill boarded an armoured train during the Boer War hoping for a newspaper scoop. He was captured, but became world famous after escaping. In 1917 Lenin crossed Europe in a sealed train, aided by the Germans who hoped that he would drag Russia out of the war. The infamous Hungarian Gold Train that contained plundered Jewish jewellery and gold was an exercise in naked greed at the end of the Second World War, whilst the Kindertransport saved almost 10,000 Jewish children from certain death. John Fieldsend and Dame Stephanie Shirley give a moving account of their journeys.

The strategic importance of trains has resulted in many elaborate schemes and methods being devised to destroy them. Historian Neil Faulkner tells the story of Lawrence of Arabia and his pioneering guerrilla warfare against the railways of the Ottoman Empire. We track down a train used by the SOE in the Second World War to teach their agents how to de-rail locomotives. Under New York's Grand Central Terminal are two railway secrets: rusting in a siding is President Roosevelt's personal train that brought him secretly into the city, and a generator called M42 that its claimed Nazi spies tried to destroy in the Second World War.

The story of the trench warfare of the First World War is well known. What is less well known is that the efficiency of the railway networks of both sides helped cause that stalemate. The programme describes the German Schlieffen Plan to use rail networks to invade France, and in the city of Liege how the Belgian railway workers resisted that invasion. On a light railway that still operates in the fields of the Somme, their extraordinary power and versatility is revealed. The programme looks at the remarkable work in France of the British Railway Operating Division and the bravery of its crews.

Between 1939 and 1945 war came to Britain's railways. By now an established technology, in the Second World War trains operating in Britain came into their own - bringing troops back home after the humiliation of Dunkirk, as well as taking hundreds of thousands of city children to safety. The programme interviews eye-witnesses to both railway adventures, and discovers the disused Tube station where the evacuations were coordinated. There are tales of the heroism of the railway staff during the Blitz, and how a small siding in a Hampshire railway station played its part in the preparations for D-Day.

Downloading Seeding Combat.Trains.7of8.World.War.One.PDTV.x264.AAC.MVGroup.org.mp4 from to 0 peers.
of
↘0 b/s / ↗0 b/s
Read our blog post about Streaming Torrents From Your Browser