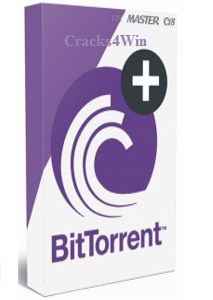 BitTorrent PRo 7.10.3 build 44397 Stable
BitTorrent is a peer-to-peer file sharing (P2P) communications protocol. It is a method of distributing large amounts of data widely without the original distributor incurring the entire costs of hardware, hosting and bandwidth resources. The protocol was designed in April 2001, implemented and first released 2 July 2001 by programmer Bram Cohen, and is now maintained by BitTorrent, Inc. It identifies content by URL and is designed to integrate seamlessly with the Web.

Its advantage over plain HTTP is that when multiple downloads of the same file happen concurrently, the downloaders upload to each other, making it possible for the file source to support very large numbers of downloaders with only a modest increase in its load.

Lightweight client
Local peer discovery
Multiple simultaneous downloads
Configurable bandwidth scheduler
Global and per-torrent speed limiting
Quick-resumes for interrupted transfers
RSS Downloader
Trackerless support (Mainline DHT)
Always Spyware-Free
BitTorrent 7.10 is the first version to include a major change in the way that BitTorrent chooses peers in a swarm. Designed by Arvid Norberg, Canonical Peer Priority is a way to help peers connect to the swarm faster, as well as reduce the average hop length from you to any other peer in the swarm.