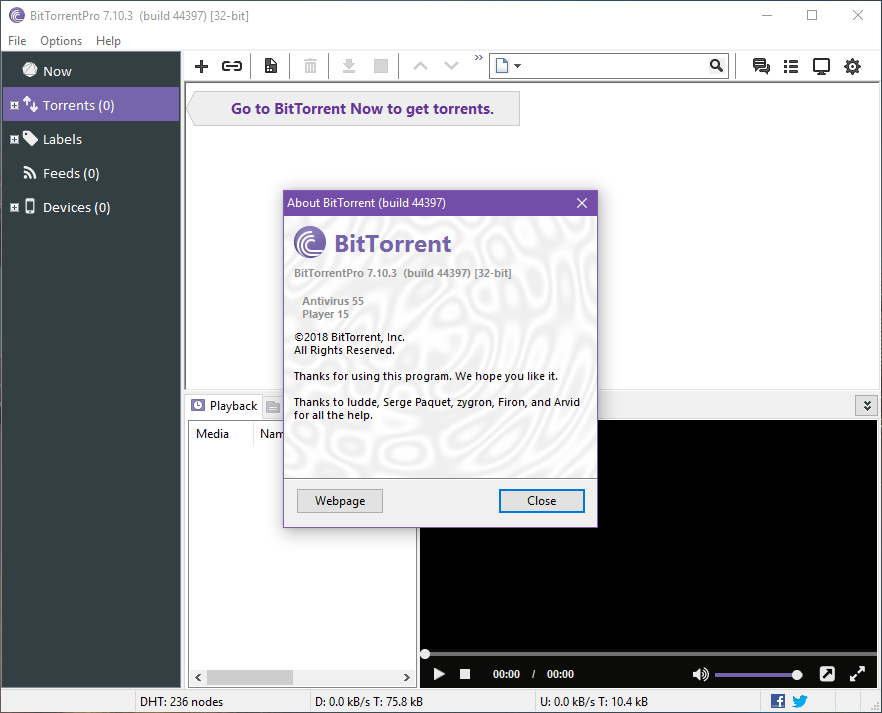 BitTorrent - peer to peer network client program, aimed at the ability to download large files. Unlike other similar networks (Kazaa, eDonkey, etc.), where the owners of the same file can be several people who have this file is located, BitTorrent provides for a file a sole proprietor, who is interested in its distribution . Such interested person may, for example, a software developer. In addition, the feature of this network is very high speed jumps file, which is achieved by the original method of issuing file from several computers, even if the entire file to them yet. Omitting details, we can say that the more people shake via BitTorrent a file, the faster it will download.