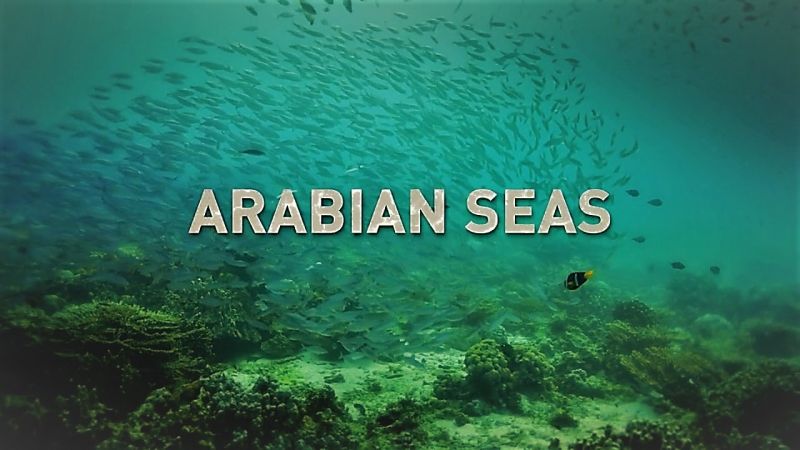 The waters bordering the Arabian Peninsula are home to a host of unique marine animals: from predators like zebra sharks and giant stingrays, to camouflage kings like the cuttlefish and sea horse, to occasional visitors like the migrating whale shark and hawksbill turtle. Wade into this little-seen world of ocean oddities.

1)  Carnivores of the Coral Garden

Nine miles off the coast of Oman, a zebra shark scans the ocean floor for crustaceans, while a menacing giant stingray floats by. Soon, night becomes day and new killers emerge, from toxic scorpion fish to crown-of-thorns starfish, both bringing coral devastation. Dive among these deadly marine carnivores.

2)  Magicians of the Reef

A seahorse blends perfectly into its coral surroundings, while a male day octopus hides to avoid the female's cannibalistic impulses. Meanwhile, cuttlefish change color to both attract mates and ward off rivals. Explore the Gulf of Oman, a kaleidoscope of color coordination, starring the dazzling masqueraders of the Arabian Sea.

Despite the scorching heat, a cold upwelling of nutrients in the Gulf of Oman creates favorable conditions for a host of marine migrants. The behemoth whale shark, hawksbill turtle, and millions of tiny, exotic fish settle in to feast. Take a plunge into the algae-cloaked coral reefs of this underwater tapestry.

4)  Defenders of the Reef

In the Gulf of Oman, survival is all about defense. Some species of sea urchins and sea slugs rely on toxins to keep predators at bay, while guitarfish use their size and armored bodies to stay off the menu. Peek into a little-known reef where fortune favors the bold and the well-prepared.

The sea turtle is one of the oldest animals on Earth. These ancient mariners pre-date the dinosaurs and have existed for over 100 million years, but now all seven of the surviving species are endangered.

Downloading Seeding Arabian.Seas.Series.1.3of5.Island.Feast.720p.HDTV.x264.AAC.MVGroup.org.mp4 from to 0 peers.
of
↘0 b/s / ↗0 b/s
Read our blog post about Streaming Torrents From Your Browser