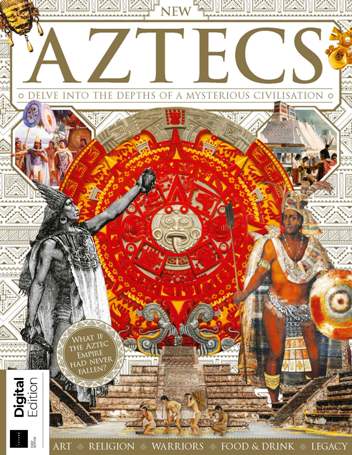 In 1521, an empire came tumbling down. The Aztecs had ruled in Mesoamerica for 200 years but the Spanish, led by the fearsome Hernán Cortés, were closing in, eager to claim this part of the New World for themselves. It was the end of a rich culture and an entire civilisation – but even so, th Aztec legacy lives on today.

In All About History Book of the Aztecs, uncover the gruesome truth behind human sacrifice and learn what everyday life was really like. Walk the streets of Tenochtitlán, meet the extensive pantheon and cook up some authentic recipes as you explore the world of the Aztecs.

8 Secrets of the Aztecs

14 Origins of the Aztecs

38 Inside an Aztec Home

56 Politics of the Pyramid

72 Study at the Telpochcalli

80 Fall of the Aztecs

90 After the Spanish Invasion

94 What if the Aztecs weren’t defeated?

118 Remains of the Empire

Downloading Seeding All About History - Aztecs (2019) from to 0 peers.
of
↘0 b/s / ↗0 b/s
Read our blog post about Streaming Torrents From Your Browser