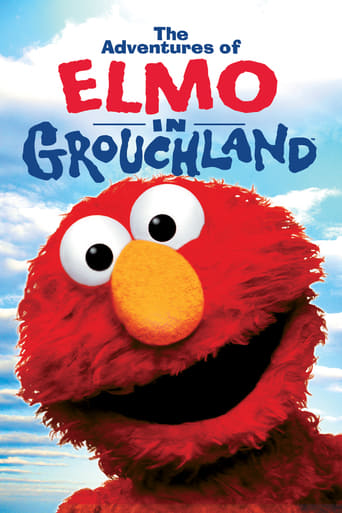 The Adventures of Elmo in Grouchland (1999)

Elmo loves his fuzzy, blue blanket, and would never let anything happen to it. However, a tug-of-war with his friend Zoe sends his blanket to a faraway land, and Elmo in hot pursuit. Facing life without his cherished blanket, Elmo musters all of his determination and courage and heads off on an action-packed rescue mission that plunges him into Grouchland-a place full of grouchy creatures, stinky garbage and the villainous Huxley. Along the way, Elmo learns an important lesson about sharing, realizing that he was selfish with his friend and responsible for what happened.

A tug-of-war between Elmo and his friend sends his blanket to faraway Grouchland| a place full of grouchy creatures and the villainous Huxley. Elmo embarks on arescue mission| learning important lessons about sharing and responsibility. Downloading Seeding Adventures.Of.Elmo.In.Grouchland.1999.WEBRip.x264-RARBG from to 0 peers.
of
↘0 b/s / ↗0 b/s
Read our blog post about Streaming Torrents From Your Browser