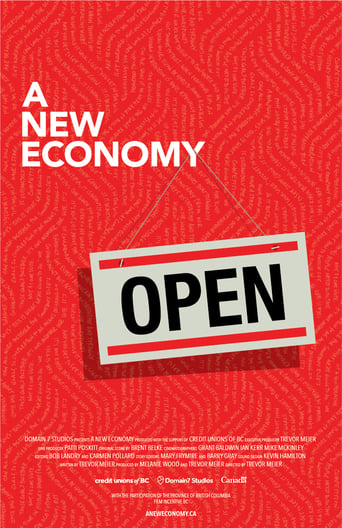 What if working together for the good of all was the most common business model? Watch, as several organizations strive towards building a more cooperative future. By putting humanity before the bottom line, they are finding their place in an economy previously dominated by profits and big business.

About people making a fresh start towards building a new economy. Watch as several organizations move towards a more cooperative future by experimenting withopen and non-traditional business models. By rewarding human effort fairly and proportionately instead of obsessing about the bottom line| these revolutionarybusinesses are creating a more people-friendly future| creating new ways to make money and make it sustainably. A New Economy features seven interwoven stories.Among them are a small craft-brew coop| a peer-to-peer open hardware lab and an urban agricultural social enterprise: London Brewing Co-op follows five guys wholove beer as they jump-start a tasty craft-brew cooperative within a local sustainable food ecosystem in London| Ontario. While they face the challenges ofstarting a new business and learning to work together democratically| several members are also starting new families while the group wrestles with theday-to-day struggles of growing the enterprise to a ... Downloading Seeding A.New.Economy.2016.WEBRip.x264-ION10 from to 0 peers.
of
↘0 b/s / ↗0 b/s
Read our blog post about Streaming Torrents From Your Browser