On their first album in 29 (!) years, The Psychedelic Furs have done the impossible, and made an album that not only matches much of their previous work, but beats it. Made of Rain, with its relentlessly gloomy atmospherics and punishing gothic beauty, shows the band haven’t lost a step in all these years, and – unlike many of their contemporaries – they’ve made a few new ones. Despite being one of the most influential bands of the new wave era, The Psychedelic Furs don’t command the same level of respect that many of their peers do: The Cure and Depeche Mode are amongst the biggest bands in the world; goth pioneers Bauhaus have recently reformed to enormous (and overdue) fanfare; Joy Division, R.E.M., and The Smiths are routinely celebrated as being amongst the greatest bands, with some of the greatest albums, of all time. Despite huge success in the ’80s – and a devoted legion of fans – The Psychedelic Furs exist as an after-thought, or a footnote, in the story of many of these bands’ success. Perhaps it was the quality of their initial burst of creativity – their first four albums were released between 1980 and 1984 – that limited their ongoing success? Or perhaps it was the three-year gap between 1984’s Mirror Moves and 1987’s Midnight To Midnight that curtailed their legacy? Their abrupt split in 1991 after the underrated World Outside record? Whatever the reason, those that have stuck around know exactly what the world has been missing out on. And the perseverance has paid off: with Made Of Rain, The Psychedelic Furs are back with arguably their finest album since 1982’s Forever Now, and their darkest since their debut. From the raucous, muscular post-punk of opener The Boy Who Invented Rock & Roll to the expansive, sky-gazing arena rock crescendo of closer Stars, the band showcase all of their songwriting abilities, all of their flare, and all of their strengths to their fullest. On the opener, the thunderous rhythm section of Tim Butler and Paul Garisto roll and crash against each other like tidal waves, while saxophonist Mars Williams honks and yowls. Frontman Richard Butler’s gruff voice, supple and comforting as a leather jacket, hasn’t lost any of its sparkle – his vocals are sweet and sour as ever. The second track – and album highlight – Don’t Believe is one of the most haunting tracks the band have ever committed to tape. It’s classic Psychedelic Furs: swirling, kaleidoscopic guitars (supplied by Rich Good), layers of sparkling synths (by secret weapon Amanda Kramer) and that fiery interplay between bass and drums. It’s hard to fully put into words how vital and reinvigorated the band sound on these opening songs: the excellent production, by journeyman guitarist and ex-Furs member Richard Fortus, makes the band sound HUGE – the closest parallels would be titanic blackness conjured on albums like The Cure’s Disintegration and David Bowie’s Blackstar. While these are the two best tracks on the album, there are still many fantastic moments scattered elsewhere, and there’s much to be enjoyed. The band take a slight foray into Joshua Tree-era U2 territory with the shimmering You’ll Be Mine, before switching to a little Achtung Baby groove for the last 90 seconds. The elegant, emotionally evocative pair of Wrong Train and Ash Wednesday, and the golden-era pop, Phil Spector stylings of This’ll Never Be Like Love, all lend an introspective air to the middle of the record, before the raunchy, cabaret grooves of Come All Ye Faithful add a little sexiness to proceedings. While the tail-end of the record does fall into a lull, with only Stars and Tiny Hands breaking out into greatness, it still manages to be stylistically cohesive and sonically beautiful: much like Martin ‘Youth’ Glover’s work on Peter Murphy’s last solo album LION, Fortus’ work throughout is sublime. The band have never received this kind of treatment before, with each of the many elements of what make The Psychedelic Furs great emphasised and polished until they’re gleaming. Each of these songs – the great and the good – are all wonderfully produced. At this stage in their careers, with nothing left to prove, The Psychedelic Furs needn’t have made anything this good. Many of these songs will grow in potency in a live setting (if we ever get back to that). Now, let’s hope we get another album a little quicker than it took this one to arrive. 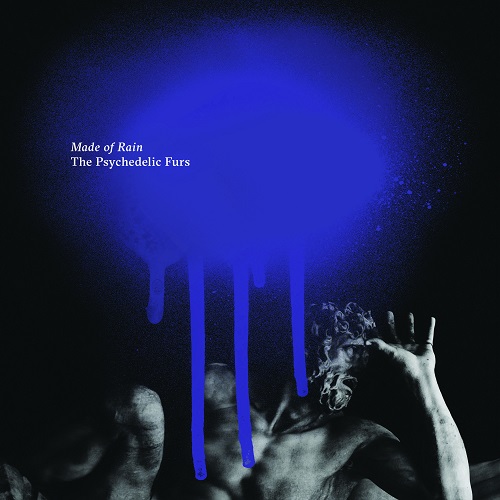 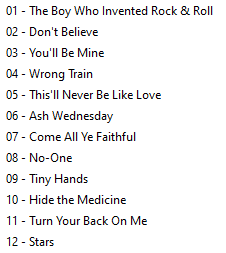 Downloading Seeding (2020) The Psychedelic Furs - Made of Rain [FLAC] from to 0 peers.
of
↘0 b/s / ↗0 b/s
Read our blog post about Streaming Torrents From Your Browser