(2018) The Smoking Trees - The Adventure Continues

Review:
Long-running L.A. psychedelic outfit the Smoking Trees recently evolved into co-founder Sir Psych‘s solo project, now that bandmate L.A. AL has moved on. But his next album is called The Adventure Continues for a reason, and Sir Psych is all set to push on into the great psychedelic unknown by himself.
“Honestly” is an understated-even contemplative-song swimming in waves of Mellotron, specifically designed to celebrate its own sense of possibility. Says Sir: “‘Honestly, I Wish That I Knew” is a mellow melody over Mellotron that lyrically can be deciphered in many ways by the listener.”
What started off in 2001 as a musical project between co-workers at a Tower Records in Los Angeles, slowly dwindled down to a duo in 2011.

On November 27, 2012, after years of musical isolation from the industry, The Smoking Trees released their debut album, Acetates (Colour Tree Records), then signed to Ample Play Records the following month, and re-released “Acetates” to a bigger audience in May 2013. In February 2015, before the release of their critical acclaimed second LP, TST (Ample Play/Burger Records), L.A.AL aka Al Rivera left the duo down to the group’s founder, writer, and producer, Sir Psych (Martin Nuñez). After Al’s departure, Martin finished writing and recording their third release, The Archer and The Bull (Burger Records). Being that Sir Psych wrote, produced, and mixed all of The Smoking Trees music, Al’s departure didn’t hinder what he did best. The Adventure Continues for The Smoking Trees this November, with a new LP on Burger. 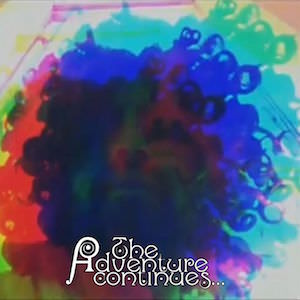 Tracklist:
01. Who Is the Villain_.flac

Downloading Seeding (2018) The Smoking Trees - The Adventure Continues [FLAC,Tracks] from to 0 peers.
of
↘0 b/s / ↗0 b/s
Read our blog post about Streaming Torrents From Your Browser